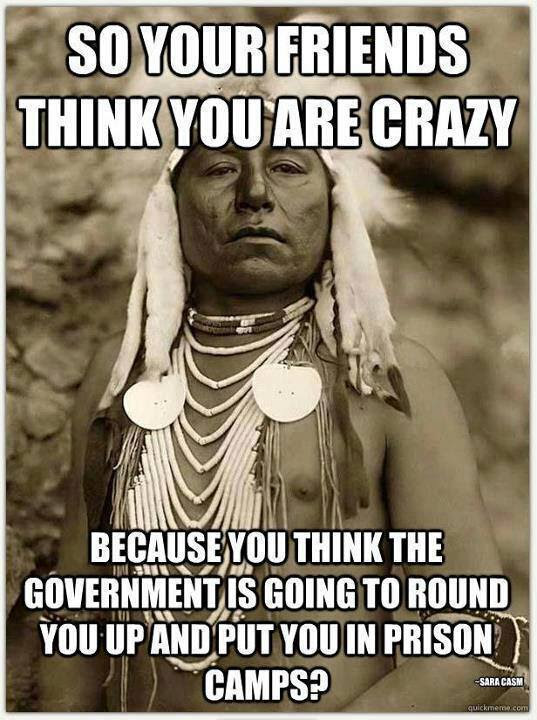 From the CBC’s Fifth Estate, Canada’s recent history of political repression under the guise of “security” -Canadian Government’s Secret Plan To Lock Up Thousands of Canadians >http://bit.ly/cGSins

CBC’s The Fifth Estate : ‘Enemies of the State’
Synopsis >http://bit.ly/cGSins < “It seems hard to imagine today that a Canadian government would approve a plan to round up thousands of law-abiding Canadians and lock them away simply because they were perceived to be a threat to Canadian democracy.

Conceived in the early days of the Cold War, the top-secret plan called “Profunc” was to be enacted if Canadian national security was threatened. The fear was stoked by the outbreak of the Korean War, which looked as if it might become the precursor to WW3.

In Canada, the head of the RCMP drew up a plan to lock up “Prominent Functionaries,” including known communists and other people deemed to be subversives. The plan is breathtaking in its scale and detail. It listed those who were to be arrested, where they would be interned and how they were to be treated. Families of targeted people were not spared: many wives and children were to be locked away as well.

Incredibly, The Profunc blueprint remained in place until the 1980s. Only today are some people learning for the first time that they and their families were deemed Enemies of the State. The names of those people will astonish most Canadians.

“Enemies of the State’ also explores the targeting of possible ‘subversives’ today and asks what kinds of lists might exist that the Canadian public doesn’t know about.”
– See more at: http://www.cbc.ca/fifth/2010-2011/enemiesofthestate/

CBC ‘How you can find out if you were in the Profunc files’ >http://bit.ly/a3oG1T

“The federal government had detailed lists of political activists and subversives it planned to arrest in the aftermath of a nuclear war or other national emergency, keeping such plans on the books until at least the early 1980s, according to new records obtained by an Ottawa historian. The Canadian military was given the job of transporting the prisoners to camps but the RCMP was the main organization in charge of rounding up political prisoners and organizing the program.”
>http://bit.ly/12gkBUF

“The chairman of Canada’s truth and reconciliation commission says removing more than 100,000 aboriginal children from their homes and placing them in residential schools was an act of genocide.” > http://huff.to/x3ovGd

Genocide- A history of residential schools in Canada
>http://bit.ly/mEiGWU

Residential School Deaths In Canada Number At Least 3,000, According To Research > http://huff.to/VAVVUd

Choose how you communicate with friends. Introduce Yourself or leave your contact information at Hmongs & Native Americans Websites & Resources. Your Friends. Find Friends.