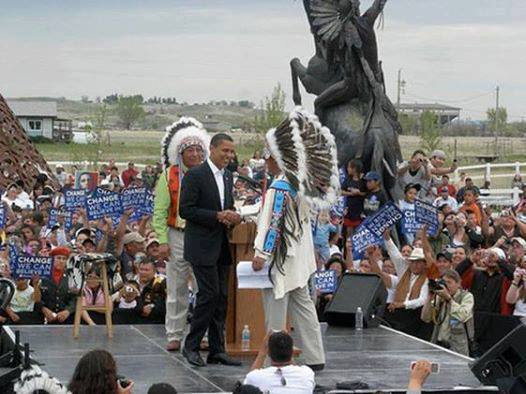 President BARACK OBAMA was invited to address a major gathering of the American Indian Nation two weeks ago in upstate New York.

Although President Obama was vague about the details of his plans, he seemed most enthusiastic and spoke eloquently about his ideas for helping his “Red sisters and brothers”.

At the conclusion of his speech, the Tribes presented Obama with a plaque inscribed with his new Indian name, “Walking Eagle”.
The proud President Obama accepted the plaque and then departed in his motorcade to a fundraiser, waving to the crowds.

A news reporter later asked the group of chiefs how they came to select the new name they had given to the President. They explained that “Walking Eagle” is the name given to a bird so full of shit it can no longer fly.