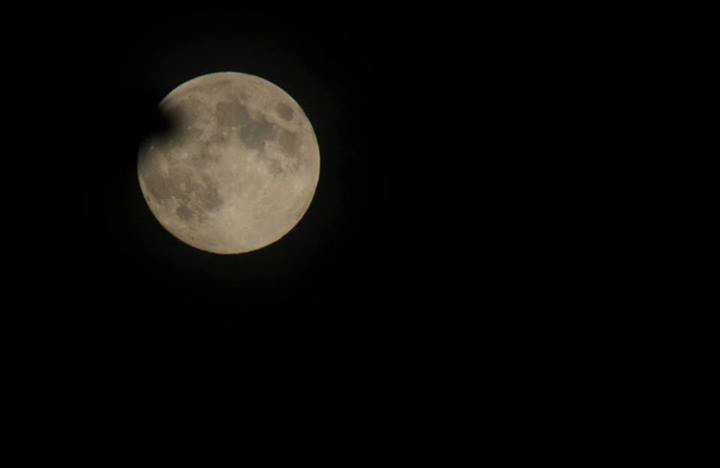 Tonight’s full moon is the “Harvest Moon” :the full moon that falls closest to the autumnal equinox, which marks the beginning of fall in the Northern Hemisphere. This year, the equinox falls on Sunday, and the moon reaches its full phase in North America overnight from Wednesday to Thursday. (photo credit Lynn Cronquist)

This full moon is called the Harvest Moon because many fruits and vegetables tend to ripen in the late summer and early fall in the Northern Hemisphere. In the days before electricity, farmers relied heavily on this moon’s light, working late into the evening to harvest their crops.

As it rises for several nights in a row at or near sunset, the moon will appear larger to observers near the horizon than it does high in the sky — a much-discussed phenomenon that is sometimes called “the moon illusion.”